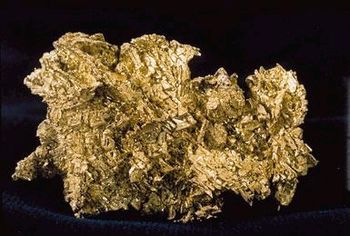 At EzyCash Goldbuyers – we thought it was time for a bit of a back to basics look at what gold is and where gold comes from – and that part may very well surprise you!

First off, we’ll take a look at what gold is – and why it is so heavy.

Gold is a metal and a chemical element – so in times past the pursuit of creating gold from other materials – mainly lead, was the beginning of chemistry as a science and profession. Gold has the symbol Au and atomic number 79 which doesn’t sound half as interesting as gold is!

Its colour will not tarnish when exposed to air or water and gold is solid in normal conditions which is why we hear so much about it as a nugget or grain.

The weight of gold is due to the fact that each atom has within it a large nuclei when compared to other metals and these atoms are also more densely packed together. Gold is often thought of as heavy like lead, however it is actually nearly twice the weight of lead.

Despite this density and weight – gold is incredibly malleable; A gold nugget of 5 mm round can be expanded through hammering into a gold foil of about 0.5 square meters and gold can even be flattened thin enough to be transparent. Flattened gold is known as gold leaf and these sheets of gold are used for decorations on foods and in beverages.

So Gold, apart from its general allure is amazingly versatile. Fancy food aside, gold is used in everything from jewellery and investments, as a standard for trade and security, in electronics, space suit sun visors and even heat resistant suits.

But it’s where all this gold that is used in so many places comes from that may surprise you. Whilst there is certainly a lot of gold in the earth – practically all of our “domestic” gold is probably irretrievable being close to the earth’s core having sunk there due to its mass when the earth first formed.

Surprise surprise – about half of the gold that has been mined since man first picked up a nugget is an import from outer space!

Yes that gold in your earring’s, or in the ring on your finger or even in the gold flake that you just ate with a very special dessert is probably from a meteorite that crashed to earth millions of years ago.

So there you go, aside from its near mystical appeal and allure – gold really is a gift from the stars.