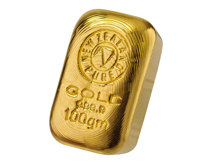 Where is it found?

Gold is found as very small flecks in the quartz veins of hard rocks. Machines crush the rock, and a cyanide wash helped to separate out the gold.

Alluvial gold comes from the rocks worn down to sand and gravel over many thousands of years by rivers or glaciers. The gold lies in the gravel of river beds and can be sifted by hand using a pan, sluiced, dredged, or dug up with machines.

The first recorded discovery of gold in New Zealand was a small amount at Driving Creek near Coromandel in 1852. Some years later there were more discoveries around Golden Bay, Marlborough, Otago and on the West Coast.

Otago’s first gold rush was in 1861. Thousands of diggers went there to make their fortune.

There were gold rushes on the West Coast from 1865. Miners cut through bush to reach the goldfields. Towns named Quartzopolis, Goldsborough and Crushingtown were quickly built to house the miners, and disappeared when they moved on.

The first big find was near Thames in 1867. The gold was in hard rocks and expensive to mine, so companies rather than individuals took over. There were several very rich mines in this area, especially the Martha mine at Waihi.

Gold helped make New Zealand’s economy successful because it attracted workers, investors and shipping. Because the price of gold was fixed, gold mining declined in the mid-20th century, but it was revived in the 1980s when the price was allowed to float.

Today, gold still earns NZ millions of dollars each year as modern machinery makes it possible to dig in places that were once impossible to mine. Large mines are in operation at Waihi and in Otago. Since ancient times, gold rings have symbolised engagement or marriage, status or been used as a seal for personal or business use.

But sometimes, a gold ring is not something you want to keep.

If you have inherited or been given gold, you can easily get it instantly valued by EzyCash Gold Buyers.

Auckland’s EzyCash Gold Buyers are knowledgeable high-end vintage and second-hand gold and diamond jewellery, and luxury watch, appraisers.  They use only the latest technology to value your gold. You can be certain you’ll receive a fair appraisal and the very best price for when they buy your unwanted gold.